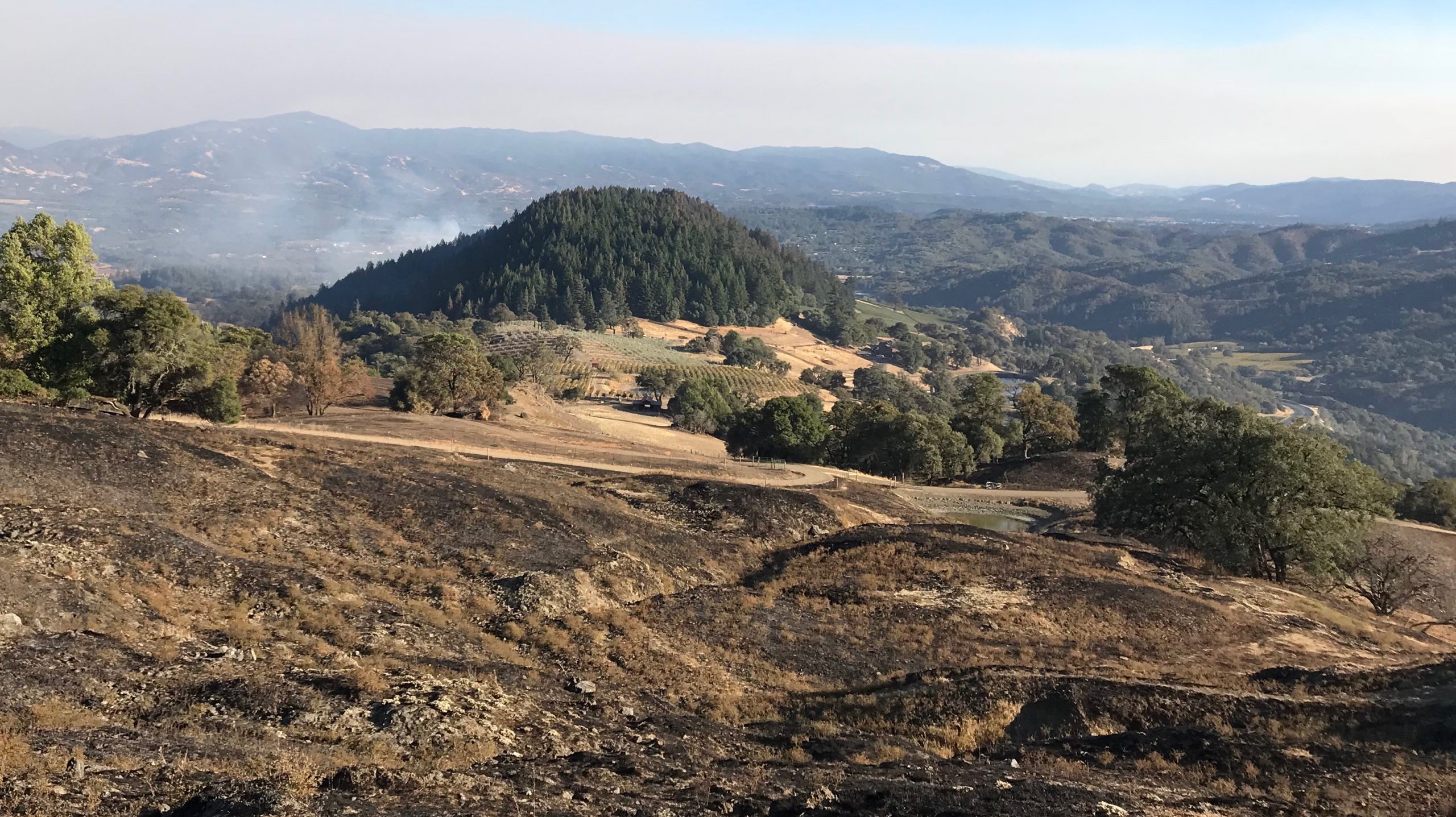 Fire: From Disaster to New Opportunities

Mendocino is in the news, as this year’s Mendocino Complex Fire has now become the largest wildfire in Calfornia’s history. Fortunately, no one has been injured at this time, but the same cannot be said about the Redwood Complex Fire that traumatized our community last year. Last October’s fire storms in Northern California took lives, destroyed homes and businesses, and charred the landscape, shaking everyone to the core. In some ways, that experience also prepared us for what now seems to be the norm.

We have no idea of when our Heart Arrow Ranch saw fire before last year. We know it was common ranching practice a century ago to burn the rangeland, just as the native people would. The Grade Fire in July 2017 was the first wildfire to affect Heart Arrow Ranch and neighboring properties, decreasing the rangeland feed available to our sheep and cattle for the rest of the year. Then the Redwood Complex Fire burned all but roughly 200 acres of the ranch. Even though we were able to save all livestock, equipment, and structures, including the Goldens’ home, the scene up on the ridge was described by most as apocalyptic.

While fire is destructive, out of destruction comes creation. On the one hand, the wildfires at the ranch were horrible in that they destroyed livestock fencing, set back the grazing for a year or two, and left huge stands of dead or dying trees. On the other hand, this allows us to work with a “clean slate” and expand the rangeland pasture available, allowing us to raise more sheep and goats.

In late November, with neighboring ranches, over 2,500 acres of burned rangeland were aerial seeded with perennial grasses and clovers. Why you might ask? Because invasive weeds, like medusa head grass and star thistle thrive after fire, so with these grasses and clover now planted, they are able to choke out those weeds creating more productive rangelands.

By late January, we saw a good distribution of seedlings from the aerial seeding coming up, including in the brush that burned so hot that no seed bank was left in the soil. This past spring produced some of the most beautiful wildflower displays at the ranch, while rangeland fencing was repaired or replaced, this time using steel posts instead of wood.

Incidentally, the small bit of rangeland at Heart Arrow Ranch that didn’t burn in 2017 burned this July, along Highway 101. We hope to leverage the recent fires’ destruction as an opportunity to expand our grazing animal operation again. Along with prescribed grazing, perhaps we can embrace fire and use prescribed burning as a tool to keep the fire fuel down. Fire is an ecosystem process that supports wildlife, and keeping fire fuel down prevents high-intensity, fast-moving fire that threatens communities on the wildland-urban interface. Fire season has been tense this year, but working with our neighbors and other partners, we can keep ourselves safe, produce nourishing food from the land, and live more in tune with our unique ecosystem here in Northern California.

Thank you to all of those firefighters who helped us, and continue to help those in our community!

Eat with the seasons. Local food has more nutritional value. The message is clear that eating local food and buying from local farms is better for your health, the planet, and the local economy. Yet when you shop at a typical grocery store – where most people buy their... Read More 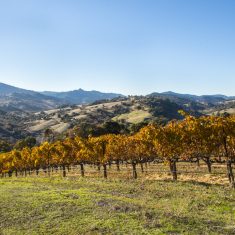 Visitors to Mendocino County awe at the beautiful rugged topography, scenic beaches, and diverse microclimates. Part of the North Coast of California, this remote region has offered opportunities and challenges for people seeking to live off the land. Geographic isolation, rough terrain, and limited flat land suitable for crops... Read More