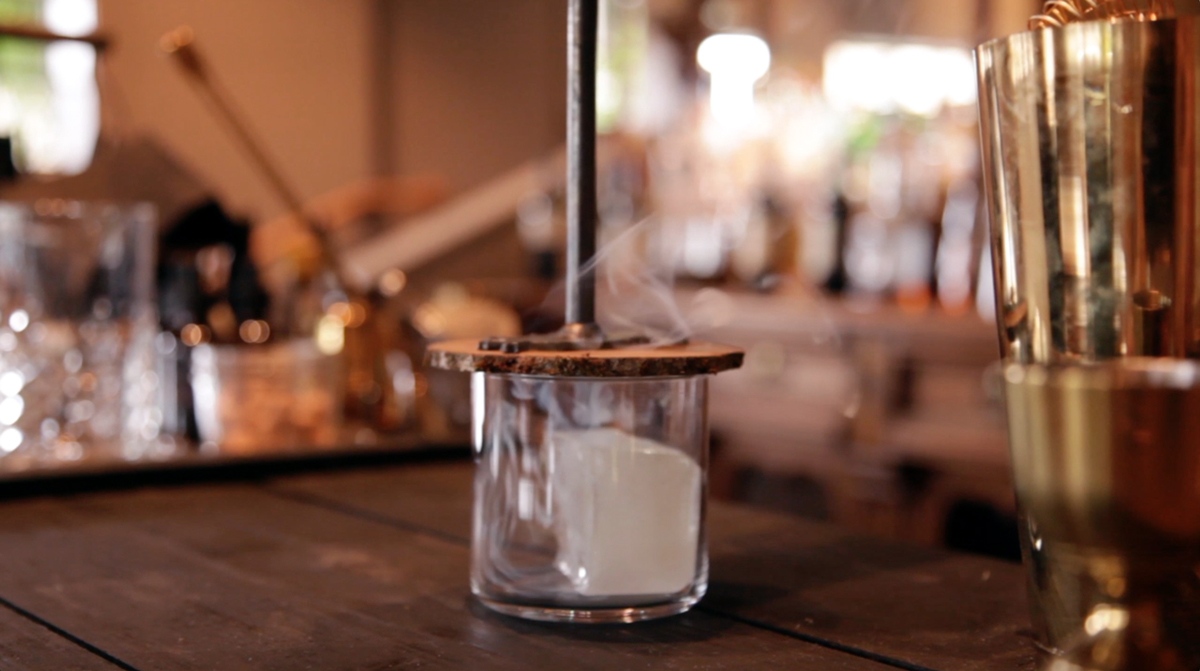 The Golden Pig occupies one of Hopland’s oldest buildings – a 19th-century saloon called the Cottonwood. Have a seat at the bar inside, and before you is a beautiful antique backbar straight out of the Gilded Age. With bartenders serving inventive cocktails crafted with quality ingredients, you can taste an echo of the era in the cocktails – about the time between 1850 and Prohibition.

When Julie Golden was renovating the structure and trying to decide how to build out the bar area, she remembered that her mother, Donna, had given her an antique backbar that had been stored in her barn for over twenty years, coincidentally, it was the perfect fit for the new establishment. Originally, it was custom-made for the Yuengling Brewery’s pub in Pottsville, Pennsylvania circa 1870. Julie’s mom purchased it in the early 1980s and brought it to California and used ir in the iconic Esther’s Dress Shop in Ukiah that Donna owned until 1990.

Perhaps it was destiny that this backbar be a centerpiece of The Golden Pig located in the small town of Hopland where Redtail Ale was crafted in California’s first brewpub.  Made of finest oak, with hand-routed carvings, huge mirrors, drawers, and wood-framed glass doors for the cabinets, the craftsmanship of the piece resonates with the creativity around cocktails of the same era. By incorporating this heirloom, Julie integrated a sense of family, history and providence.

Around 1850, mixed drinks using fresh ingredients like juices and bitters became popular in the United States with the rise of new tastes and cuisines that came with European immigrants just previous. Before then, American alcoholic beverages consisted of beer, communal punch, and straight spirits. The advent of commercial ice also contributed to the rise of individual cocktails and bartending. With ice more accessible, people incorporated it into drinks with unique recipes. In 1862, Jerry Thomas from San Francisco published The Bar-Tender’s Guide, the first known book of cocktail recipes, paving the way for a period of invention with cocktails. The Golden Pig signature cocktails reminisce the drinks of this past – classic cocktails like the Old Fashioned, Mint Julep, and Pisco Sour. However, by 1919, the Temperance movement and the ratification of the Eighteenth Amendment halted the peak of cocktail creativity. Prohibition ended in 1933, but American mixologists had long moved on.

With the natural food movement of the 1960s and 1970s, as well as more leisure travel, more Americans started seeking better ingredients in both food and drink and sought flavors they experienced from their travels abroad. By the late 1980s and 1990s, some American bartenders, notably Dale Degroff of New York City’s Rainbow Room, thus reawakened interest in the traditional recipes and methods of the golden age of the cocktail. Today, The Golden Pig bar program offers delicious cocktails with a nod to history and inspiration from excellent ingredients to complement the local beers and wine, and house made shrubs. 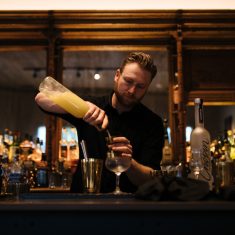 Whether you are looking for a good local beer, excellent wine, or an original craft cocktail to help you cool off this summer, The bar at The Golden Pig is able to serve you something fresh, just like the food served from the kitchen. As the bar manager, Tyler... Read More 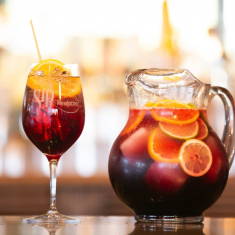 Stuck at home and unable to do the things you love? Tired of the same routine? We have something new that will help you get through the week! It's time to mix up a fresh batch of Sangria and SIP your way through this new SIP lifestyle. Ingredients 4 Bottles of Red Wine 10.5 oz of... Read More 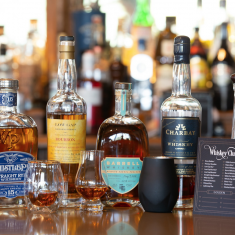 It’s not often that you will be enjoying a bourbon at a bar and find yourself sitting next to the distiller who crafted it. This experience could happen at The Golden Pig, as many of the bar’s spirits are locally sourced. Like fine wines and craft beers, craft spirits... Read More